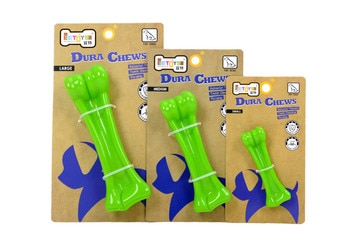 Out of all the training you might ever go through with your dog, everything you might ever teach, strong social skills from solid socialization training are probably the most important. In general, barring some type of disease or other physical/mental disorder, it’s most often (by-far) the poorly socialized dogs who get into fights or end up injuring others.

A healthy, well socialized dog will rarely ever show fearful aggression, unless instigated by the other party. Overall, he will become a happier adult, well rounded and calmer.

During those first few weeks of life, your puppy will begin to build social skills among littermates, integral to lifelong development. Not only will he (or she) learn it is OK to play with others, your pup will learn to control his bite pressure (also called ‘Bite Inhibition’). Since human skin is much softer than that of a dogs, a fully grown adult with poor bite inhibition skills could cause a lot of harm without intending to.

Between 3 to 12 weeks, puppies are most accepting of new experiences. Because litter- socialization is so important, biologists don’t recommend separating your pup prior to eight weeks, and certainly not before six. Puppies that are separated from the litter before that tend to develop incurable, lifelong social problems.

How to Begin Socializing

Begin socializing your puppy as early as 8 weeks! Introduce your puppy to other dogs (while carefully observing), children, other household pets, company, etc. Try your best to ensure every interaction is a happy, fun filled experience! Make everything you do into a game if you can. Reward successful interactions with praise or treats.

Try handing a stranger you pass on one of your walks (if you walk at that age), or a house visitor, a treat. Ask them to gently give that treat to your puppy. Your puppy will learn to expect good things from people he meets!

Where it is impossible to expose your puppy to absolutely everything he will ever encounter, the more you can expose him to during those first 8-12 (or 3-12, if you bred the pup) weeks, the more comfortable your pup will be in similar situations for the future.

Overwhelming your puppy with too much stimulation or loud, uncomfortable noises too fast can be worse than trying nothing at all. Ensure your puppy becomes more comfortable, building confidence, with each encounter. For example- if the cat doesn’t like dogs, and might hiss or swipe at them, don’t introduce the puppy to said cat until later on. You only want positive interactions.

In other words, a lot of social contact is great, but try to build up these social interactions gradually.

Pro Tip: It’s very important to maintain a calm, stress free environment for your puppy. Loud noises or yelling, even if they aren’t directed at the puppy and have absolutely nothing to do with him, can cause unnecessary stress.

What if My Puppy Becomes Frightened?

Though this is the last thing you want for developing puppies, especially at such a crucial stage, it can’t always be avoided. Simply remove that frightening object (animal, person), and then introduce it very gradually later on. If your puppy continues to be frightened, try to eliminate the cause from his environment. If you can’t, don’t worry; there is an alternative!

If your puppy is scared of something, try to accompany that object with a valuable treat and enthusiastic praise. The idea is very simple; if your puppy enjoys the reward more than he dislikes the other thing, he will slowly begin to enjoy both because one means he gets the other.

Why Early Socialization is Important

After 12-18 weeks, your puppy is becoming more wary of unknown things. It will become more difficult to socialize with unknown animals or people, and that difficulty will increase with every passing week. Where socialization training is still relatively simple around this age, it can range from much more difficult to sometimes near impossible in poorly trained adults, which is why it is so important to start early!

The more things you expose your puppy to at a young age, the more likely he is to be comfortable around those things as he grows. Dogs will often naturally react to new or unknown objects in their environment with suspicion.

What is Rabies and How Does it Work

It all started as an innocent trip to church, one of countless before. Of all places, what could go wrong at church? After all,this is a place of happiness and devotion, long past the age where the average person had anything at all to worry about. Jeanna happened to spot a poor, trapped bat.Being an...

So, your momma has given birth to a new litter. Congratulations! Unfortunately, caring for newborn puppies can be a challenge for any owner, especially first timers. This isn’t going to be a casual experience in any way; you’ll need to be prepared! Physical & Mental Development Your puppy (or puppies) will be born both blind...

He Isn’t a Pitbull During the early 1900’s, Pitbulls were very popular and cherished dogs; nearly every dog lover wanted to own one. Thanks to illegal dog fighting on top of overwhelmingly negative media attention during the past 50 years or so, the American Pitbull Terrier has earned a frightening reputation as very dangerous animal […]